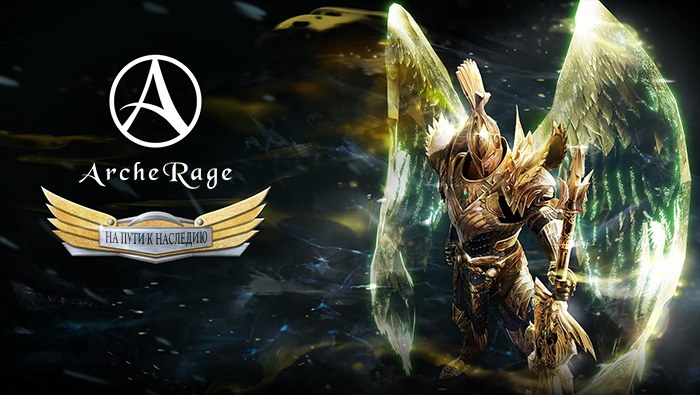 Dear players!
We know you all have been waiting... and finally its here!
Here are all the changes that will wait for you on our 3.5 update!

First of all, the guild ranking takes the guild level into account and only later the overall number of members inside the guild.
Therefore, in order to remove alt or empty guilds from the top, it is necessary to reduce its level.

A simple system was developed and created as solution.


Now every guild that did not gain a certain amount of experience in the course of 1 week will be excluded from the top guild rankings.

The verification will take place every monday.

Guild experience can be earned by completing guild quests or participating in war.

On average a member of an guild completes 4 daily quests and will have the guild earn 100 experience.

How many points does the guild need to not be thrown off the top rankings?

The guild level multiplied by 500.

Example:
A guild of Level 6 must score a total of 3000 experience points in 1 week to not be thrown off the top rankings.

In the future we plan to add several more guild bonuses, such as expanding the guild shop, improving the guild buffs, a guild warehouse and more.
Trading changes:​
Trading systems of original 3.5 and previously used 3.0 are united.
Trading is getting the following changes in comparison to original 3.5 version:

New zones of Auroria are added to the game: Whaleswell Straits, Whalesong Harbor, and Aegis Island.

​
Whalesong Harbor is connected to Golden Ruins via a western path, while Aegis Island lies across the new Whaleswell Straits ocean area.
Whalesong Harbor is an expansive stretch of Auroria that once served as a major fishing port for the continent. Now, all that’s left in the region are the broken and rotten planks of the old Harbor and the preserved carcasses and bones of the whales who washed up from the sea.
The Harbor is now home to the Crimson Watch, who have begun utilizing new technology to thwart the evil necromancer, Anthalon’s, plans. These new machines are able to pull in Anthalon’s malevolent shadow and contain it, turning the energy into power that can be used to defend the area from his attacks.​

​
To the west of the harbor lies Aegis Island, famous for two things: the grand Tower of Ipnya, which hovers as a glowing beacon in the center of the island, and the Great Seal which the hero Inoch created to hold back the dreaded Akasch.
While Inoch’s efforts were noteworthy, his seal was created long after the Akasch were first imprisoned. The seal stands as yet another temporary ward to keep the Akasch away from this world. In reality, the entire Island was created by the ancient Ipnysh heroes to keep the Akasch imprisoned. If the island, the seals, or the tower are ever destroyed, the Akasch will be freed.​

​
If you have your eyes set on Erenor gear and the gorgeous wing illusion that your character receives for wearing a full set, then you’re going to need to become familiar with Whalesong Harbor and Aegis Island. Both areas host special Events that offer up the required Ipnish Blessing materials you’ll need to make your Erenor gear.

Once Aegis Island or Whalesong Harbor reach war through the conflict system, the Crimson Watch will prepare themselves for an onslaught from their enemies. While both events are battles against waves of enemies and bosses that must be completed as a group, each has a different twist.

In Whalesong Siege, players will be scattered across the map at different key points depending on their faction. Nuia, Haranya, Pirates, and Player Nations all have different containment tower that they will need to defend. Pick up quests from the Crimson Watch Camp in the south before heading to your point.
Your Containment Towers can be defended using your skills, or you can make use of the mechanical turrets powered by malevolent shadow surrounding your tower. Simply walk up and activate a turret to fire it against the hordes of enemies that will approach.
Complete your 3 daily quests for an extra quest completion that affords some Cursed Armor Scraps and Honor Points.​
In the Aegis Island Seal Defense, all factions will have to endure one another’s presence as they move about the island to prevent Anthalon from destroying the seals. The quests will instruct you where to head to defend, and you’ll be able to retrieve them from the Crimson Watch Camp just north of the Torch of Ipnya.
As you fight, you’ll be able to interact with the spirits of the ancient Ipnysh heroes and call upon them to aid you in the battle. Keep an eye out for them, as they are ready to turn the tides in your favor!
Conquer the Final Sealbreaker to end the event and collect your rewards.

​
​
Ancestral Skills
​
As of Erenor Eternal, 55 is no longer the end. Once you’ve hit level 55 and gotten your skillsets to 55 as well, you’ll be able to walk the path of your ancestors and begin to imbue your skills with the power of the elements. But, to attain this new rank, you’ll need Experience and Ancestral Warrior Medals.
Ancestral Skills are alternate versions of existing skills in your skill tree. By earning Ancestral Skill Points, you can choose to replace your normal skills with these alternate versions, allowing for new skill combinations, strategies, and fighting styles. Each character can get a maximum of 7 Ancestral Skill Points, allowing for up to seven alternate skills at once. These points can be re-assigned to select new skills at any time for a small fee, similar to normal skill points.
Once you’ve attained the right amount of experience and medals, you’ll receive a message that you can level up via the Ancestral tab located in your skills window.​


At Ancestral Levels 1, 4, and 7, a number of your basic skills from your chosen skillsets will become available for augmentation, and you’ll be able to infuse a single skill with one of 8 elements of ArcheAge – Lightning, Quake, Wave, Gale, Life, Mist, Stone, and Flame.

For the Ancestral skills shown below, only the differences have been listed. All other aspects of the alternate skill are the same as the original, unless otherwise noted.