We have made several changes to the guild system on our server - changes that greatly improved and added several aspects to the guild functions you already know.

To unlock those new and advanced guild functions the guild leader has to absolve several tasks - with the help of his or her guild members!
Those tasks only need to be completed once for the guild.

​
The new guild functions include:​
​

The quest line to unlock all of these features have to be started by the Guild Leader.
The Guild Manager will have new quests - all of the quests have to be completed to unlock the new Guild Functions. 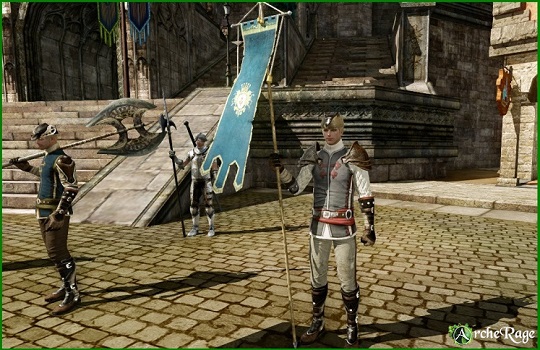 ​
Quest List:​
Once the Guild Leader has finished all of the 7 quests together with the help of his or her guild, all of the features will be unlocked - but not yet activated.
To activate the features - Guild Experience has to be used in order to receive ''Guild Certificates''. 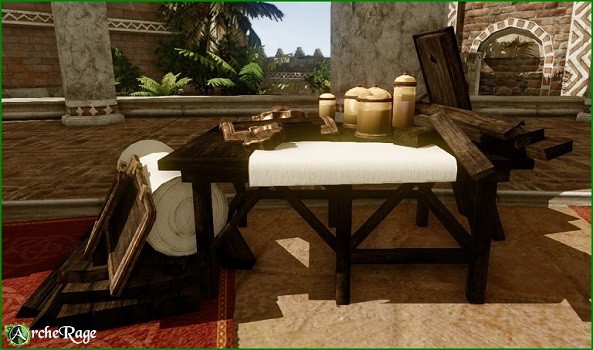 The Guild Certificate Workbench can be found in: ​
Features stay active from Monday to the following Monday - for a total of 7 days. Guild Functions will always reset on Mondays.
If you have activated the Guild Functions on Sunday, then you will have to activate them again on Monday. It is suggested to unlock features during Mondays.

A Guildbank can have a total of 8 Storage Cells.
If you store items in your guild bank - but you do not pay to prolong the feature, the items will not dissapear from the guild bank, but you must activate the Guild Bank in order to take out the items again.

The improved Guild Buffs feature will not replace your current guild buffs - rather it is an additional batch of buffs.
The Guild Buff Level depends on the Level of Certificate used by the guild. A guild cannot craft certificates higher than their own guild level - but can purchase higher level certificates from higher level guilds. 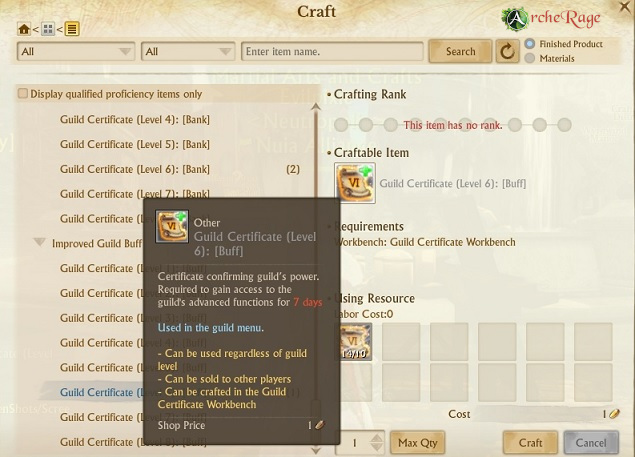 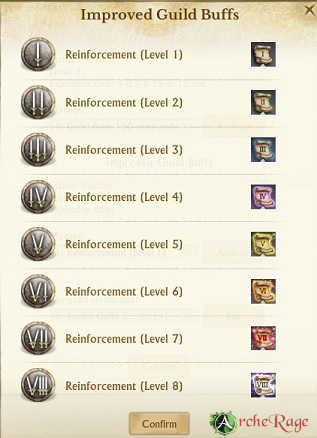 Improved Guild Shop has an discount applied to all the items purchaseable with Guild Prestige.
It also features a range of items that are not purchaseable in the regular Guild Shop. 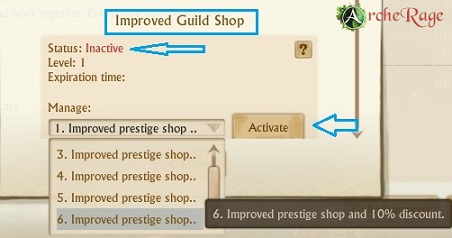 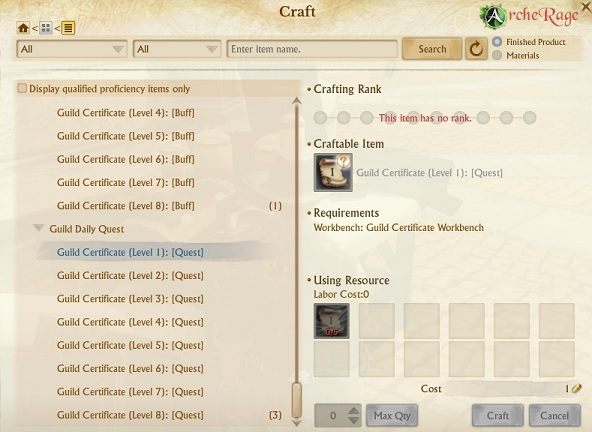