[Game Event] Battle of the Titans

A long time ago... in ancient times, even before the destruction of the mainland people had believed that there was only one earth.

They believed that only them existed... with their continent as the only one on earth.
But people were wrong. Beyond the far and wide seas... beyond the heavy storms and beyond the seemingless endless horizon... there were more continents... more worlds to discover. On these continents everything seemed like on ours, people would pass naturally.... there were guards to protect the innocent... and gods.

The titans were solely controlled by the gods, there were alot of different titans with each of them having a own element such as the sea... the forests, deserts, fields and also mountains and many more. Noone knew the real name of each titan... they were just known as the guards of the gods.
If anyone ever found out a titans name... they would be able to take the control of an god and be the leader of said titan.

For centuries the continent has been living in peace and quietness and the titans guarded everyone... there were no mistakes.... no thiefs.

One day, the people of the main land got greedy... and they opened the gates of hell. The gods went to fight against the unheard creatures that came out of this gate and since then.... noone had heard about them ever again. The titans were left alone... without a guiding hand... without any goal in their lifes.
Years had passed and the titans started to live independently... though many of them still tried to fulfill their duty as a guardian. Other titans wandered aimlessly arround the world... not knowing where to go or where to stop.

But then there were some titans who got angry.... they got furious at their masters leaving them behind like this, over the time... they lost control and went wild.
They destroyed everything crossing their path... even fellow titans.
Their appearance signaled death... this mighty ancient magic that was taught to them... it could destroy everything.

Now the mainland is empty... nothing is left... no life, no animals... not even trees. Everything died.
The only thing thats left are enraged titans living and striving through the continent only to kill eachother.
Between all the titans there was one that was a master in magic that was used to control the mind of the enemy. But he was captured... and forced to destroy himself.


The great Goddess Nui watched all of this destruction happening and she wanted to stop it, so she used all of her strength to create a gate to the titans mainland... using even her life as a sacrifice. All the soldiers arround rushed into the portal, wanting to stop this endless destruction... but were faced with nothing but burned down and dead land. They made it their mission to rescurrect and rebuild the land, planting grass... trees... animals and everything needed to have it become a place full of life again.
A year has passed since then.... people created territories and the technology evolved alot, even the population grew again.

Some adventurers discovered a gigantic tree... it was strange, there was nothing else arround.
They closed in to check what was going on and while they got closer to the tree a whispering voice got louder. It was impossible for them to resist this voice... they could not move away, they could not even move their fingers.... but the tree... started to move. Seconds later, it crushed them.
In that moment... the titan woke up... there was new life on the mainland... he had to destroy it.
People hearing of what happened started to gear up, hundreds... thousands of soldiers got ready to fight and protect their home, with the best armor and the best weapons they were sent to fight this deadly titan... but noone ever returned.

People was devastated, they tried to find a way to stop the titans... with manpower? it was no use, everyone would die... finally they found it... an ancient seal, to lock the titans away... this was their only chance.


This seal has to be done 7 times and it must be done on ice to make sure the titan will never awake again.
There was no other choice... this spell was the only thing that could save humanity from this great danger. People gathered their last strength... homeless... traders... even teenagers were sent to the war. This was the very last battle... if the people would lose this war, then the titans would destroy every single life on this world. People had to win, people had to survive... to repay the Goddess Nui giving her own life to safe the world.

Warriors lured the titan to Miroir Tundra... hundreds of thousands of soldiers fought bravely against Crow, and the magicians prepared the ancient spell.
The battle went on for days... seemingly... maybe even weeks... there was no end to this fight. The spell did not seem to work.... on the seventh day of the fight... almost noone was left of this hundred thousand man army... the spell had already been read 6 times but it had absolutely no effect on Crow. People stood up and took their last strength to rush into their very last attack, covering the magicians working on the spell with their bodies... to protect them and protect the world.

Suddenly... a giant branched hand soared up out of the ground.... the soldiers were whispering their last goodbyes... when a bright light lit up everything arround them.

The light... was so shining bright that it was impossible to see anything left... the titan was gone... the earth was gone... magicians or even fellow soldiers just beside... everything was gone.


Suddenly, as the light dissapeared... the titan vanished with only a huge seal remaining on the ground.
''VICTORY!'' the people thought, after all.... humans are self-assured persons...


But this was not the first time the titan had reappeared... and surely not the last time.​

​
Dear players,
in this event you will have to face against one of the most ancient titans to date in our world, his name is Crow.

The Great Goddess Nui will offer you a new quest chain, during this quest chain you will learn about the history of Crow, his followers and several other titans. Aswell as receive important informations to advance further in your journey to complete this quest.

One of the tasks of our Great Goddess Nui will send you to destroy the soldiers of Crow, who will appear in form of a Rift every 3 hours on Tuesdays and Fridays. The rift will spawn randomly 2 of 3 places: Sungold Fields, Solzreed Peninsula or Solis Headlands.
More detailed spawn locations will be displayed on your map.

After you have destroyed the first wave of this rift, the second wave will appear and so on.
If you do not successfully destroy all enemies of the rift, it will close itself in 2hours.

​
​
It is not welcome to see any PVP fights during this rift, so you will receive a buff within a 250meter radius of the rift that will increase your PVP Defense by +50.000.

Players are strongly encouraged to form raids and groups to fight this rift, as it is extremely strong and can easily destroy single players. 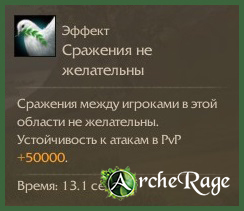 Enemies appearing on the rift may drop the following items:
​
​

​
Those items can be used on the Titans Workshop to create unique items... details below in the spoiler.

Your next task will invite you to take part in the process of the Sealing the Titan Crow.
Crow will appear in Miroir Tundra, Falcorth Plains and White Arden every Wednesday and Saturday at 12:00 CET (14:00MSK) and 19:00 CET (21:00MSK).

If the Titan Crow is not killed within two hours he will dissapear and players will not receive their reward.

After you have killed the titan, in his place there will appear a big magical seal and the pure energy of the Titan.
Once you pick up the energy you will receive five different rewards:

Unique Titles:​
Players will be offered 9 grades of titles for fighters, healers, mages, tanks and archers.​
​

​
To Create titles you will need the Titans Magic Essence

which you can get by destroying the monsters from the rift and as a reward from killing the Titan.​
​
At each state the player will be able to choose himself which stats he wants to add to his title.​
​
As you improve your title you will be given the opportunity to drop the lower grade title and advance to the higher stage, in order to do this you will have to craft the next title in the Titan Workshop.​
​
Example of an max upgraded title: Unique Decorations:​
Players will be able to create decorations for their houses in the form of the captured Titan and his soldiers.​
For this you will need : ​

Unique Costumes
​
Players will also be able to craft a unique costume for themselves... collecting the fragments from the titans dead minions.​
Example of an Armor + Sword + Dagger 1.During the event, PvP in Miroir Tundra is undesirable.
2. You can’t retake the questline if you are in the process of one of the quests completion or have completed the quest today.
3. This event is designed in such a way that a player, participating in all 7 boss kills (max number) will have a high chance to get the max title and house decor, in the form of a Captured Titan. All other rewards depend on your persistence in game.
4. Event will not be extended, but in the future it will be added again.
5. No changes will be made in the event titles.
6. Bound items will remain bound.
7. If you don’t complete the quest for Titan kill, you will not be able to get a reward!
8. Due to the huge size of the Titan, melee warriors will not be able to inflict damage with melee skills, and can only inflict simple strikes (a tip: aim Titan's legs). But, in the battle with Titan, melee warriors will be useful in the Titan's followers killing.

these are the images of the new items you can obtain from the titan workbench. 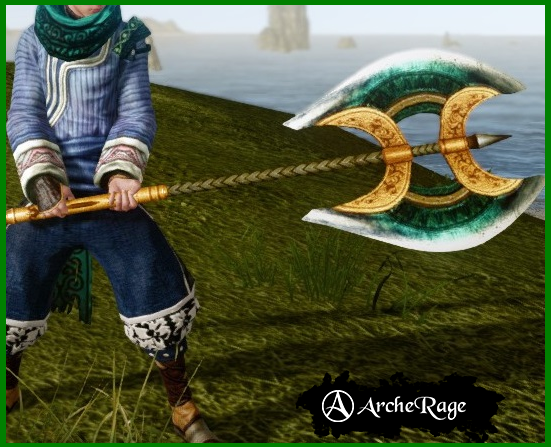 Команда форума
EN-CH Moderator
Starting July 15, 2020 until August 12, 2020 the Battle against the Titans will be live again!