Once upon a time, when all nations lived in peace and harmony, when the world was not divided into two warring sides, seafaring was a great art. Is it any wonder that in those old days piracy flourished and multiplied, was enriched? No, because the sea depths have kept their secrets for thousands of years, someone was before them, and before there was someone else, and so generation after generation, the sea water washed away, carried away, dragged into its abyss treasures, maps, strangers secrets and life, ships and whole settlements, and maybe civilization.
The sea is treacherous. Crafty and cunning in their intrigues. Somewhere in anything an innocent person will perish in its abyss, and somewhere, at the feet of a young boy, a map of the treasure of a pirate of days gone by will beat and he, having grown up, will go in search of a treasure. But here again the sea will bet: will it find what it is looking for, or disappear, buried under tons of water?​

​
And this time the sea also decided to play its game. After many years, ancient, covered with long-term layer of silt and small shells, the trunks of pirate captains of ancient times were beaten on the coasts of two continents. Times before the split. They, along with long-rotten things, and a bunch of gold, found old records, where the "sea wolves" told about the once hidden treasure.
As it is believed in pirates, in the spirit of rivalry, bosom friends not only hid their savings, but also protected them from uninvited guests and thieves with mysterious keys that only they knew. And no, it's not an ordinary rusty key or a set of numbers, it's a phrase that unlocks the lock on the chest.
Since then, somewhere on the edge of the world, in a hidden lost corner lies an ancient treasure, which, it would seem, can not be found, like the magic key to it. But is this really impossible? 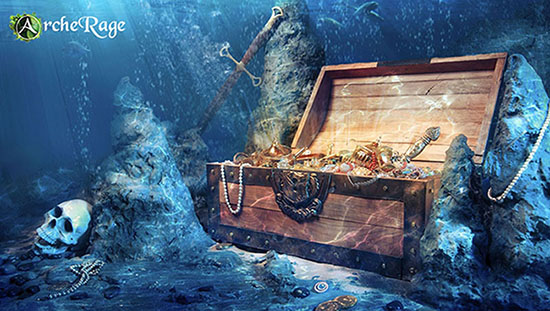 ​
Of course, what could be easier than reading the records, find the key in them and go for the treasure? Nothing. But the pages of the diary, on which the key was, turned out to be completely different people, who are kept, just like trophies about the old find.
But quite unexpectedly, by pure chance, you got the first piece of the key. Are you full of determination to collect it all and get the treasure in your hands?


The number of teams is unlimited, but only the first ones who have collected the key will receive the award.​
However, do not be in a hurry to give up the passage if someone finished before you, because with the violations found (they are described below), the team that came first can be disqualified and the victory will be given to the team that came after it.

Registration of teams will be held on March 4:


A huge request to come in advance and not to force other players to wait.​
On registration, teams must come up with a name and provide it and a list of members of the group to the Event Manager. After registering from the Event Manager, you will receive a chest that will allow you to craft the first piece of the key and a hint where to look for the next one. This chest can be opened only after 20.00 on the Moscow time (the beginning of the event).
At the place indicated in the clue, you will be waiting for the player from whom you receive the task. This player you are sure to say the name of your team. After completing the task, you should take a screenshot of the entire team next to this player and the inscription in the chat that the task has been completed by your team, after which you will receive a new chest in which you will find the following hint.
At the end of the event, the key and all screenshots should be provided to the Event Manager in the form of a personal letter on the forum.


If there are no screenshots, the quest will not be counted. ​
Tasks will be issued by live players who will be waiting for you at the designated place. You will recognize them by the title "Assistant Event Manager". Among these players there are representatives of the faction. It is strictly forbidden to attack them, in case of such an incident the team will be disqualified from the event and the team members will not be able to participate in the composition of the other group. Do not substitute yourself.

When traveling between locations, the use of travel stones and embers from your homes and any other teleports is prohibited. It is allowed to use stagecoaches, dirigibles, pets, gliders and ships. Admins are watching you. For violation of the rules - disqualification of the team.

I endure all the rules separately once more:
Attempt to break the event is:

All participants of the winning team will receive a "Chest with treasures of pirates"​
In the chest you will find:

(Read the awards? And now go back and read the description of the event)​
Event runs from 8 pm to 10 pm Moscow time. The beginning of the event will be announced on the server.​
Show all the cleverness available to you and find your prize! Treasures for too long lay unattended, it's time to take them. Good luck to all!